This weeks devotion, do you boast in the Lord?

This weeks devotion, do you boast in the Lord?

To boast is defined as

When Paul lived among us, he did not have a new testament, so everything he taught and preached was based on the Old Testament. This is so important to keep in mind when reading 1.Cor 1:31, 2. Cor 10:17 and Gal 6:14.

What Paul is referring to in 1. Cor 1:31 and 2.Cor 10:17 is Jeremiah 9:24. If we want to understand what it means to boast in the Lord, we have to read Jeremiah 9:24 where it says ” let him who boasts boast in this, that he understands and knows Me, that I am Yehovah, who exercises loving devotion, justice, and righteousness on the earth – for I delight in these things. Declares Yehovah”.

Can you honestly say you know who Yehovah is and what He is like, considering right now there are 40 000 + different Christian denominations all claiming to know Him?

If we want to understand Gal 6:14, we first have to know why Paul is writing the letter to the Galatians. All throughout Paul’s life, he had to deal with someone called “the circumcision party/circumcision group.” These people believed the evidence of salvation was physical circumcision and not Torah obedience. As long as someone was circumcised, they could live any way they wanted to. To this, Paul says, no, the proof of salvation is faith the cross AND Torah obedience, and if you are genuinely saved, you can only live one way in obedience to the Torah.

Then Paul goes on to say in Gal 6:14 instead of boasting in circumcition; he would rather boast in the cross because faith in the cross manifested in obedience to the Torah, is the only way to salvation.

Let me now ask you this, do you know Yehovah and what He is like? Can you boast in Yehovah?

Are we as Christians allowed to boast in something? Yes, we are permitted to boast over the fact that we have a relationship with Yehovah, our Father. But you can only have a relationship with someone if you accept them. Most Christians do not accept Yehovah even though they believe He has given them Yeshua. When they reject the Torah as a burden and something done away with at the cross, they reject who Yehovah is. To deny Yehovah is to reject Yeshua, if you reject Yeshua, you are in great danger. 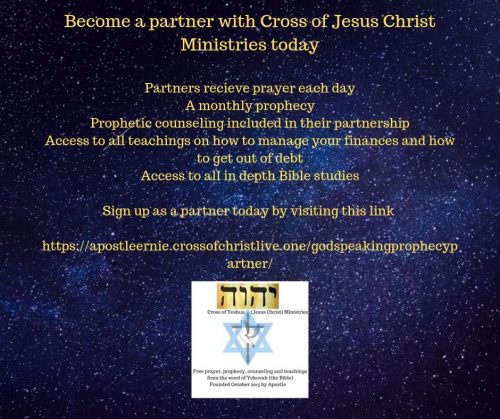