How to take communion the right way

How to take communion the right way

In 1.Cor 11:27-30, we read this: 27 So then, whoever eats the bread or drinks the cup of the Lord in an unworthy manner will be guilty of sinning against the body and blood of the Lord. 28 Everyone ought to examine themselves before they eat of the bread and drink from the cup. 29 For those who eat and drink without discerning the body of Christ eat and drink judgment on themselves. 30 That is why many among you are weak and sick, and a number of you have fallen asleep.

We find an explanation for this in Hebr 10:29: How much more severely do you think someone deserves to be punished who has trampled the Son of God underfoot, who has treated as an unholy thing the blood of the covenant that sanctified them, and who has insulted the Spirit of grace?

Hebr 10:26-29 explains what it means to sin against the body and the blood of the Lord. It is the same as refusing to repent of sin. 1. John 3:4 says sin is the same as lawlessness. So if you refuse to repent, you choose to live lawless, rejecting and disobeying the Torah (the written law of Moses).

This is what happened with the Corinthians in 1. Cor 11:17-22 Paul the apostle criticizes the corinthians for refusing to share the food with the less fortunate of the congregation. The rich people in the congregation had plenty to eat and the poor and nothing to eat. According to the Torah, to refuse to help the poor is a great sin.

So what Paul is telling us here is this; because the rich people in the Corinthian church refused to care for the poor, they were eating the bread and drinking the cup of the Lord in an unworthy manner sinning against the body, and the blood of Jesus. The consequences would be sickness and early death.

Is this a problem for today’s Christians?

Most Christians have long ago decided to live lawless, rejecting the Torah. But they still partake of the body and the blood of the Lord in communion. The consequences are, according to Paul, sickness and early death.

Come back to the Torah, the law of Moses, so you can be healed and do it worthily the next time you partake of communion. 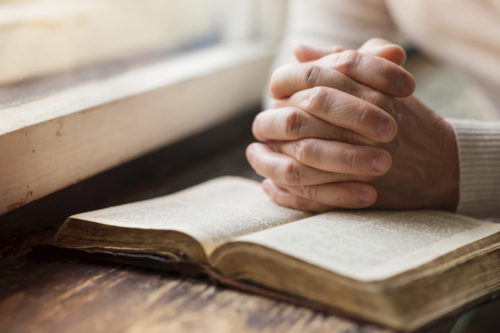