How do you receive the Holy Spirit?

Many years ago, when I first got saved, I was told you receive the Holy Spirit when you accept Jesus Christ as your Lord and Savior. If we read in the Bible, in Galatians 3, Paul asks the Galatians if they received the Holy Spirit by the works of the law or by believing what they heard. If we are to take Paul’s statement at face value, it seems as if he is saying: You receive the Holy Spirit when you believe Christ was crucified for you (Gal 3:2-3). The challenge with such an understanding is Gal 3:6 and 3:9, where Paul says Abraham believed in God, and it was credited to him as righteousness. In verse 9, Paul says we are to have the same faith as Abraham. How does Paul describe the faith of Abraham?

First of all, we have to remember who Paul was. In the book of Romans, Paul describes himself as a Jew and a Pharisee; we never see him anywhere, saying he stopped being a Jew and a Pharisee. So when Paul is writing to the Galatians, is it Paul the Jew and Paul the Pharisee writing the letter, and Paul had a Hebraic understanding of things.

Why is this important?

There is a vast difference between the Greek and the Hebraic mindset regarding how we understand the concept of faith. In the Greek mindset, faith can be active or passive. In the Hebraic mindset, faith is always active. Believing in someone or something to a Jew always means having an active faith so everyone can see your faith. One of the best examples of this is the Hebrew word Shema which means “listen and obey.” So when Paul the Jew asks the Galatians if they have received the Spirit by believing what they heard, he is actually asking them if they have received the Spirit by hearing and obeying what they heard.

We see a perfect example of this in 1. Cor 2, where Paul says his preaching consisted of two things: Jesus Christ AND Him crucified. We Christians often misread this as if Paul says Jesus Christ crucified, but that would be wrong; it says Jesus Christ AND Him crucified. We see this again in the book of Revelation, chapters 12 and 14. Those who overcame the devil did so by the blood of the lamb (Jesus Christ crucified) and the word of their testimony (their obedience to the teachings of Jesus). So now we know that Paul’s preachings consisted of two things: the teachings of Jesus and the cross of Christ. This is consistent with John 3:36, Matt 7:21-23, 23:2-4, which tells us adherence to Christ’s teachings is a requisite for eternal life.

So what did Christ teach? Christ preached repentance from lawlessness and obedience to the written law of Moses.

Now we understand what Paul is asking the Galatians in Galatians 2: Did you receive the Holy Spirit by obedience to the teachings of Christ or by works of the law? He then says that just as Abraham listened to God and obeyed His law, we are to listen to what Christ taught and obey Him. If we do, we will have the faith of Abraham and be blessed by God. If we dont do this, and we try to become righteous by the works of the law, we will be cursed and, in the end, make Christ of no effect. But most important of all, we can only receive the Holy Spirit if we listen to the teachings of Christ and obey them.

What then are the works of the law?

The book of Galatians tells us that the circumcision party had persuaded the Galatians to abandon the teachings of Paul in favor of their doctrine. Who or what was the circumcision party? From the book of Acts and Paul’s letters, we know that the circumcision part shared many of Paul’s beliefs. They believed in the teachings of Jesus, lived by them, and believed He had died on a cross. But they also believed it was not enough to obey the written law of Moses as Jesus taught; you believed you also had to live by the oral law of Moses. The oral law is nothing more than mans-teachings, opinions, and traditions. The oral law says a gentile who wants to join themselves to the God of Israel has to be circumcised; if he is not circumcised, he can not serve the God of Israel. In the Gospel of Matthew, Jesus tells us never to obey men’s oral law and traditions. Jesus teaches us the only way to become righteous is by living righteously in obedience to God’s law, the written law of Moses.

The law’s works are man’s opinions, traditions, and human-made doctrines. So what Paul is telling us here in Galatians is this; if you reject Moses’s written law in favor of the works of the law, you are not righteous by faith, and you will come under a curse. If you continue living like this, you will make Christ of no effect. But what he also says is this; the only way to receive the Holy Spirit is by hearing and obeying the teachings of Jesus.

Most of Christianity has rejected the written law of Moses in favor of man’s traditions and church doctrine. According to Paul, they are under a curse, they do not have the Holy Spirit, and if they continue living like this, they will one day make Christ of no effect.

Are you under a curse?

Are you in danger of making Christ of no effect? 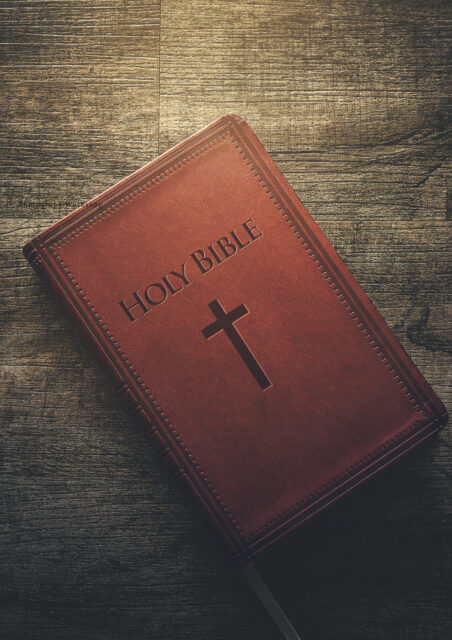