Here in John 1, the Bible identifies Jesus as God and the Word. What is John referring to when he says Jesus is the Word? The Greek word used for Word is logos which means the divine expression of Yehovah (John 14:9). So by implication, if Jesus is the divine expression of Yehovah, He can’t be different from Yehovah. If you have seen Jesus, then you have seen the Father (Yehovah).

In Hebrews 13:8, we read, “Jesus Christ is the same yesterday and today and forever.” In John 14:9, we read, “Jesus answered: “Don’t you know me, Philip, even after I have been among you such a long time? Anyone who has seen me has seen the Father. How can you say, ‘Show us the Father’?” In Matt 7:21-23, we read, “Not everyone who says to me, ‘Lord, Lord,’ will enter the kingdom of heaven, but the one who does the will of my Father who is in heaven. 22 On that day, many will say to me, ‘Lord, Lord, did we not prophesy in your name, and cast out demons in your name, and do many mighty works in your name?’ 23 And then will I declare to them, ‘I never knew you; depart from me, you who reject the law of Moses.'”

Do you believe Hebrews 13:8? Of course, you do, considering it is in the Bible, and as Christians, we believe the entire Bible from Genesis to Revelation. Most Christians have also chosen to believe in a Jesus who changes after His resurrection. They believe he preached the law before the cross, but he preached grace after the resurrection. Hebrews 13:8 says this is an impossibility; the Jesus of the Bible never changes. If He preached the law before the cross (Matt 23:2-4), he still sees Moses’s law as relevant for His followers today after His resurrection (Matt 7:21-23) The question then is, who is this guy you believe in who goes by the name of Jesus who came to do away with the law? One thing is for sure; he is not the Jesus of the Bible. According to 1.Timothy, he is the Antichrist because the Antichrist hates the law of Moses.

Here in John 1, the Bible identifies Jesus as God but also as the Word. What is John referring to when he says Jesus is the Word? The Greek word used for Word is logos which means the divine expression of Yehovah (John 14:9). The Hebraic equivalent to logos is dãbãr, and we know John was a Jew who spoke Hebrew. When a Jew refers to the divine expression of Yehovah, he refers to the law of Moses because Yehovah dabared the Torah on Mount Sinai. So what John is saying here in John 1:1 is this; Jesus is the walking, talking, breathing law of Moses.

In Hebr 4:2, we read, “For we also have had the good news proclaimed to us, just as they did; but the message they heard was of no value to them, because they did not share the faith of those who obeyed.”

What happened in the desert?

Yehovah (God has a name, and it is Yehovah) saved the Israelites from Egypt. After their salvation, He brought them to Mount Sinai, where He gave them the law of Moses (the Torah). If they chose to obey the Torah, He would be their God. Everyone who stood at the foot of Mount Sinai declared their allegiance to Yehovah and promised to obey. But as the years went by, only Joshua and Caleb remained faithful, and because of this, only Joshua and Caleb were permitted to enter into the promised land. Everyone who had become unfaithful was killed by Yehovah and left in the desert.

In Hebrews 4, the author of the book of Hebrews warns us against committing the same sins as the Israelites. The Israelites heard the same Gospel, but they did not obey it, and because of their disobedience, they lost their salvation. The author of the book of Hebrews says we have heard the Gospel, but we will lose our salvation if we do not obey it. (Matt 7:21-23)

If we are to obey something, we need to know what to obey, so we need to ask the question; what is the Gospel?

According to John, Jesus is the Torah. According to the book of Hebrews, the Israelites encountered Jesus in the desert on Mount Sinai. When Moses received the law, He received Jesus because, as we know from John 1:1, Jesus is the divine expression and will of Yehovah. This tells us the Gospel is not “Jesus Christ died for your sins”; instead, it is “repent back to the Torah (the law of Moses).”

Where does the cross fit into the Torah?

The Torah says there are only certain sins Yehovah will forgive when we confess and repent, and these are unintentional sins. If we commit an intentional sin, Yehovah can’t forgive us. What is the difference between the two? When Peter confessed to not knowing Jesus, it was unintentional. How do we know it was unintentional? Just a couple of verses before Peter makes his intentions clear; he will never deny His Lord and friend. On the other hand, when you know it is wrong to do, but you choose to do it anyway, that is when you commit an intentional sin. We have all committed deliberate sins one time in our lives when we decided, against better judgment, to do what we knew was wrong. When that happened, we crossed over the line, and Yehovah could no longer forgive us.

This is why the cross is so important.

The Gospel of John, and the book of Romans, say Jesus’s death on the cross atoned for intentional sins. So for the first time in the history of men, Yehovah offered amnesty and total forgiveness through faith in the death, burial, and resurrection of Jesus Christ. But this is a one-time offer, we read in the book of Hebrews 10:26, if we accept the offer of forgiveness for intentional sins and then choose to break the law of Moses willfully, we will be forever lost and cut off from Yehovah.

We all know the law of Moses says it is a sin to eat unclean foods and not celebrate Shabbat. Many of you might think you are now lost because you have eaten unclean food and not respected the Shabbat as Christians. Most of you did this out of ignorance because you believed the lies you were told in church. Sins committed in ignorance is unintentional sins, something Yehovah forgives on account of your repentance and confession. On the other hand, now that you know the Bible holds you accountable to the law of Moses, and you choose to disregard this and eat whatever you please, it goes from being unintentional to intentional sins. It is very dangerous for someone who the Blood has reconciled to commit intentional sins.

What is the Gospel? It is repent from lawlessness and start obeying the law of Moses. Because you have committed intentional sins in the past, believe Jesus (Yeshua) died for your sins and His Blood atoned for you. Be very careful never to willfully commit acts of lawlessness because you will forever lose your salvation if you do. But for all the times you commit acts of unintentional sins, confess what you have done, repent and move on, trusting in Yehovah’s forgiveness.

Who is Jesus Christ?

The Bible says He is identical to Yehovah; He never changes, so He is the same yesterday, today, and forever. If you believe in a Jesus who came “to do away with the law of Moses,” it is not the Jesus of the Bible.

Make sure to be right with Yehovah today, repent from living a lawless life and start obeying the law of Moses. Believe in Yeshua’s (Jesus) death for you on the cross and what His Blood has accomplished. Then you will know for sure if you died today, you would end up in heaven instead of in hell. 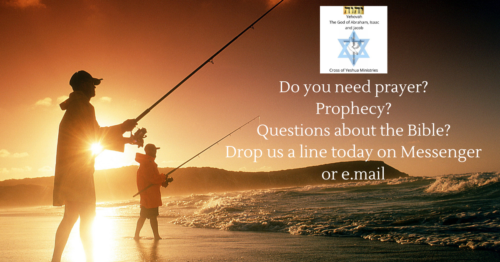